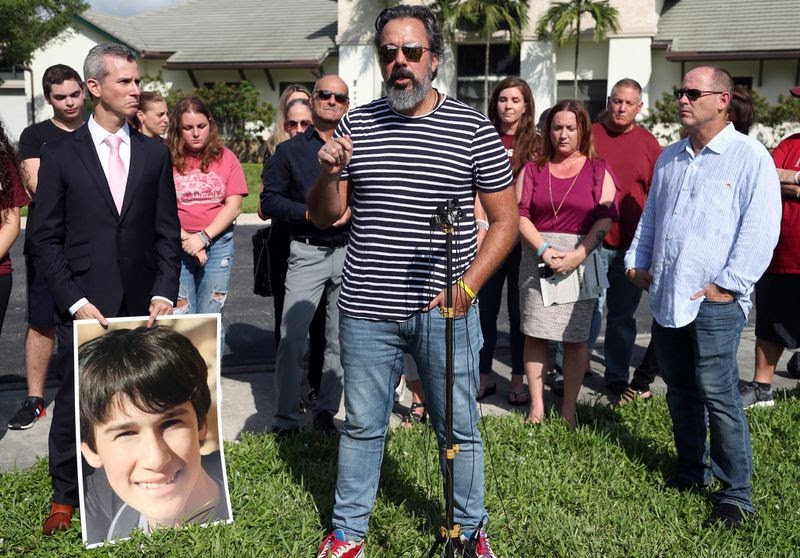 Two years after the Marjory Stoneman Douglas High School massacre abruptly changed their lives forever, Parkland families have been invited to the screening of a new documentary that explores the emotional toll of the tragedy.

The film, “After Parkland,” which launched in April at the Tribeca Film Festival in New York, will make its Broward County debut on Jan. 22 in Fort Lauderdale. Several families of the 17 students and teachers who were killed are expected to attend, and it’s open to the general public.

The film was made by two ABC News producers, Jake Lefferman and Emily Taguchi, who arrived in Parkland shortly after the Feb. 14, 2018, shootings and kept coming back to film the affected families as they dealt with the deaths of their children and their friends.

The producers said they noticed immediately that this was not just another American school shooting that would soon be forgotten.

“As we sat down with them, we had the sense that this time it might be different,” Lefferman said. “They weren’t going to let this story fade. They trusted us and were willing to discuss some really difficult things.”
The film’s trailer shows several of the widely shared moments that galvanized activists across the country who began to work for gun control after the shooting. We see student David Hogg’s video of himself and his classmates hiding in a closet as the shooting spread through the school’s freshman building, as well as students leaving the school with their hands up.

The film then traces the quick transformation of many into nationally recognized school safety and gun-control activists and their transition back to traditional high school life.

The film explores the journeys of several families who became widely known after the murders, including Andrew Pollack, father of Meadow, who was killed in the third-floor hallway, and Manuel Oliver, whose son Joaquin died in a hallway by his creative writing class. The filmmakers also spent time with Hogg, founder of the March for Our Lives gun-control movement.
“The grief, the trauma, is something that’s always there,” Taguchi said. “Their sense of normalcy is forever taken away.”

The film also follows some less widely known friends who had connections to the deceased. Dillon McCooty, Joaquin Oliver’s friend since pre-school, and Victoria Gonzalez, Joaquin’s girlfriend, go to the prom together in honor of their lost friend.

Taguchi said many national news outlets covered the student activism that followed the killings, but few delved into the emotional toll of the trauma, including the sadness each family experiences every day as they try to rebuild their lives without their loved ones.